The Armata is the world’s first tank to implement in its design concept the concept of ‘network-centric warfare’, where the T-14 is used primarily as a reconnaissance, target designation and fire-control vehicle for SAMs, SAMs and T-90 tanks to accompany its tactical unit.

The T-14 was presented to the general public at the 2015 Victory Parade along with other Armata-based products. A pre-production batch of 20 tanks was produced in 2015.

Series Deliveries of the Armata Will Start in 2022

Andrey Terlikov, the General Director — Chief Designer of the Ural Transport Machine Building Design Bureau, has informed that the cost of the tank is planned to be reduced during its serial production. 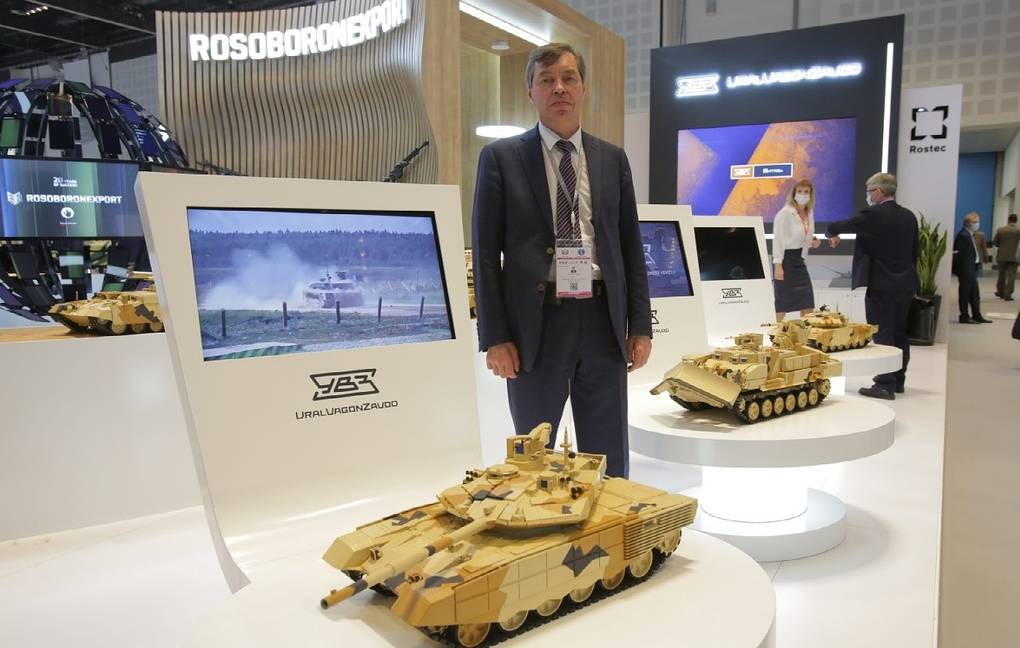 «Starting in 2022, we will reach sustainable serial deliveries of these machines,» Terlikov informed.

According to him, UVZ has already signed serial supply contracts with the Russian Defence Ministry. «State tests of the Armata are underway, we expect them to be completed within the next year or two. By the end of 2021, one of the contracts plans to deliver a pilot batch of vehicles,» Terlikov said.

The installation batch of T-14 Armata main battle tanks will be equipped with the latest ammunition. «The development of new ammunition for the Armata is being handled by Rosatom’s enterprises — the scientific elite — and a serious resource has been brought in. It is synchronized with the development of the tank, we have docked it and coordinated it during state tests. The installation batch of the Armata will go with this munition,» Terlikov said.

«The Armata was created to ensure superiority over the best counterparts. We are keeping the bar at the right height. We are not going to give up positions,» he added.

The cost of the tank

Terlikov said that UVZ intends to reduce the Armata during its serial production.

«Even today under <...> contracts <...> between UVZ and the Russian Ministry of Defence the figures are adequate. There will be  a counter-movement here: we will work out the technology, reduce labor intensity, increase manufacturability and, considering the deflator under the new contracts, we will agree on the price which will suit both parties,» Terlikov informed.

The director general added that the real cost of the tank will be determined in the third year of serial production. «At that time, the technologies for manufacturing the final prototype, manufacturing of component parts will be finished,» Terlikov explained.

Terlikov said that the Armata cannon has a significant advantage over the armament of tanks from other countries.

«The gun on the Armata is new, this is its main distinguishing feature. The entire machine is built around the cannon-munition system. The tank has the superiority in terms of weapon power. The muzzle energy of the cannon is higher than that of our [foreign] counterparts,» Terlikov informed.

According to him, a large range of ammunition has been developed for the Armata gun. «This is a new ammunition, including a range of ammunition — armour-piercing, caliber, remote detonation fragmentation ammunition. Through the armament, we expect a significant advantage,» Terlikov added. 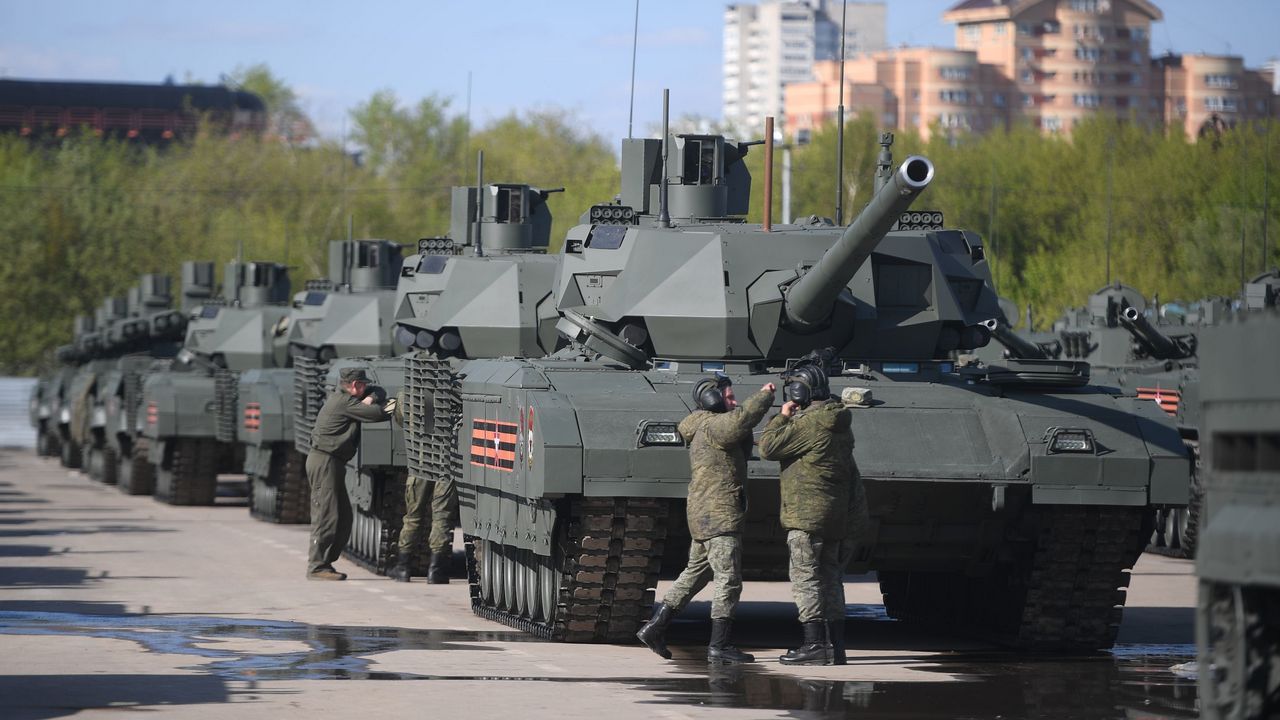 The first foreign demonstration of the T-14 Armata tank is taking place at the IDEX 2021 International Defence Exhibition.

The T-14 tank on the Armata platform, developed by UVZ, was first demonstrated at the May 9, 2015 parade. In 2019, it passed preliminary tests.

The new tank is fundamentally different from its analogues. Its main innovation is an uninhabited turret. The crew of the Armata is located in an isolated armoured capsule in the tank’s hull, from where they remotely control  the armament. This significantly reduces the likelihood of the crew being killed in combat.

The T-14 is the world’s first tank with an unmanned turret. The vehicle’s crew is housed in a sealed armoured capsule at the front of the hull. This ensures its safety in the event of an ammunition explosion. The tank’s crew can operate in conditions of chemical attack or nuclear war.

The T-14 is low-observable in infrared, radio and magnetic ranges. In particular, it reduces the range of anti-tank guided missiles, including Javelin, by a factor of 2.7. This means that the calculation of these systems will be more vulnerable to return fire. 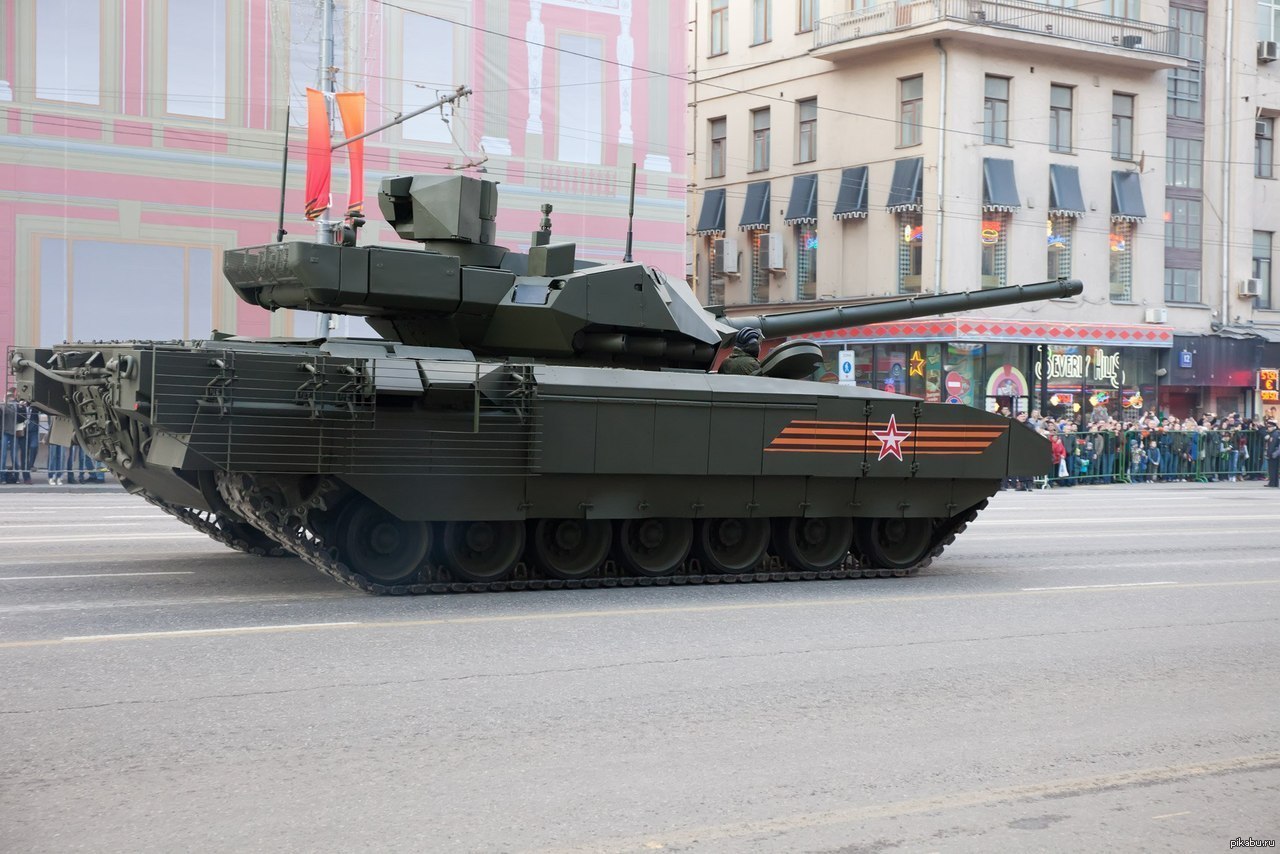 The Afganit’s active defence intercepts projectiles and missiles by destroying or dazzling them with multispectral vectors and electromagnetic weapons. The system is equipped with long-range radars and optical threat warning trackers, so it is also used for reconnaissance of ground and air targets.

The tank is equipped with a 125mm or 152mm cannon on demand. The range of fire is up to seven kilometers, and for the Krasnopol 2K25 guided missiles it is about 20 km. Detailed characteristics of the product were not disclosed. According to Deputy Prime Minister Dmitry Rogozin, the Armata projectile is able to burn through armor up to one meter thick.

The army is to receive 100 tanks by 2022 After that a decision will be made on mass production of the vehicles.

Characteristics of the T-14 Armata