Solresol is an international constructed language based on seven diatonic notes. The language was invented by French composer, violinist, and music teacher Jean François Sudre, beginning in 1817. Vincent Gajewski and his son Sizal Boleslas Gajevsky made an important contribution to development of the language.

As for modern historical cases, in II century a.d., an ancient Roman physician Galen was the first person who tried to realize an idea of international language. Hildegard and Isaac Newton also tried to do that.

In this regard, XIX century was more productive. At this time, Volapük and Esperanto were invented. If gathering all constructed languages, which were tried to be developed, their total number will be very impressive. Solresol is one of such languages. 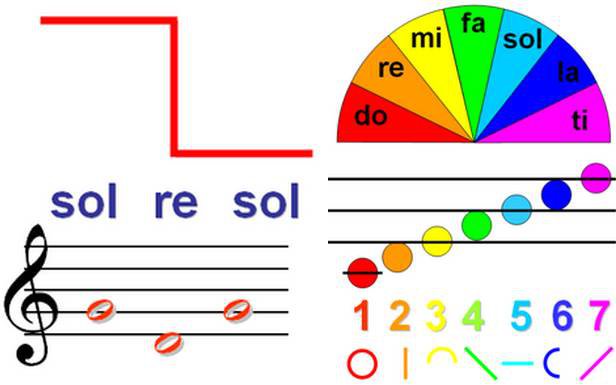 It is not necessary to have an ear for music and relevant education to study speaking Solresol. For example, the spelling language studying does not take more than some minutes.

The French Academy of Sciences approved the project of Sudre positively. Besides, the idea got a lot of victories and rewards at world exhibitions. Such famous scientists as Victor Hugo and Alexander Humboldt admired such a useful project.

Solresol alphabet is surprisingly simply. It contains of seven notes (do, re, mi, fa, so, la, si). Sudre made words by combining seven musical notes. They were dissyllables (49), trisyllables (336), quadrisyllables (2268), and pentasyllables (9072).

It is not necessary to use the full notes. It is possible to use d instead of di, m instead of mi, etc. A word may mean all natural languages words of the same meanings. The Solresol antonyms are made by palinlexia. For example, misol means good; solmi means evil.

Monosyllables, dissylables, and trisyllables are mainly conjunctions, pronouns, and the most used lexical units. For example, drm means day.

Quadrisyllables are classified depending on the beginning of the words.

The word class DO includes the meanings of words for a human, his/her possibilities, and abilities: dmfd means human.

The word class RE includes the meanings of words for home, clothes, and shoes: rdfs means clothes.

The word class FA includes the meanings of words for the Earth, a war, and travelling: fdrm means village.

The words containing a range of identical notes are one more Solresol feature. All of them are also classified in a way.

Most of trisyllables are used to determine the time of day, months, days of week, and weather. For example, Drr means January.

The DO quadrisyllables includes the meanings of words for religion and spiritual life: Dffd means Easter.

The MI words include most of prepositions and some adverbs: mrrso means gradually.

The LA words include the meanings of words for trade and industrial activities: lsodd means grocery.

The SI words include the meanings of words for law and court: ssdso means justice of the peace.

Like in our language, there are three genders in Solresol. They are feminine, masculine, and neuter. It is not difficult to distinguish them. Each of them comply with human or subject gender. Inanimate objects are in compliance with neuter gender.

The gender does not change words and does not make their flexions. The only exception is feminine gender. When pronouncing, the last consonant sounds a bit longer; when writing, there is a dash at the end of the word: msf¯ means wife.

There is an interesting fact that the same word may be expressed by different parts of speech of constructed language. It is necessary to distinguish them by an accentuation:

The consistent syllable is necessary to be pronounced longer or to be stressed.

Solresol is rather versatile language. Its pronunciation may be expressed in various ways. Here they are:

If you use notes to pronounce words, it is necessary to do pauses between the words for you to be understood correctly.

There are also many other variants of written Solresol:

If you want to ask somebody a question, it is necessary to use a personal pronoun after a verb. For example, Frm-dr? means Am not I?

Sentences are possible to be shortened for Solresol to be understood easier. So, they are clearer and more logical:

1. Even in usual language, phraseological units are difficult to be understood. During translating them into Solresol, the main their clear and logical meaning is usually used. Say understand — flf instead of catch the meaning.

2. Adjectives are always used after nouns: a child is happy – dmfso sosr.

The worldwide language makes possible to encode words to make dialogs with somebody secret. There some ways to do that:

You can invent more various ways of secret Solresol speaking depending on a situation. This is very interesting pastime.

Actually, it is easier to learn Solresol than another foreign language. There are the “Solresol Grammar” textbooks (you can download them from our site) containing explanations of all grammar details. You can find many books, articles, and videos on the theme online. You can make a dictionary for new and widely used words to note there down.

Remember, you don’t need your music education or your ear for music for that. You just need to have enough patience and desire for new knowledge.