Russian language is one of the most expressive, beautiful and rich ones, combining authentic features of more than 200 ethnic groups as well as the elements of western and eastern cultures and traditions.

Russian language is one of the basic elements of Russian civilization, that’s why in order to be a “real Russian”, one needs to be able to really master the language, i.e. to be able to use the characteristic linguistic properties and typical expressions almost like Pushkin, Gogol’ or Dostoyevsky did. 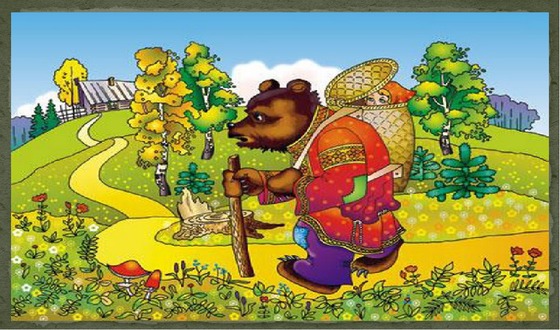 Here are some of the most interesting Russian idioms with the description of their original and today’s meaning as well as their origin.

This expression describes a person who is standing still or someone who has a straight back and looks majestic or haughty.

Arshin is an ancient Russian measure of length that corresponds to 71 centimeters. It had been widely used in production of clothes before the metrical system was accepted. So, the tailors used wooden or metal arshin rulers to take measurements. If you swallow one of these, your posture will definitely be phenomenal.

This means “screams loudly attracting attention of others”.

There is the Bell tower of Ivan the Great in the center of the architectural ensemble of the Moscow Kremlin. During big holidays the tradition was to ring all the 33 bells. The chime was very loud reaching far away areas.

Someone who has watched the movie called “The Meeting Place cannot be changed” may recall this expression. It means the joy of meeting a person who has gone through some challenges.

In reality “Smoker” is an ancient children’s game in Russia. Children were sitting in a circle and passing on to each other a burning torch saying “Smoker is alive, alive. His legs are thin; his soul is short”. The one in whose hands the torch faded, left the circle. In other words, “smoker” was a torch that was slightly burning and thus, “smoking” in children’s hands.

Alexander Pushkin was the first to use it with a reference to a person in his epigram to a critic and journalist Michail Kachenovsky: “What? The smoker journalist is still alive?”

To find oneself in a very uncomfortable or even dangerous situation.

A pulley with cogs was a machine used for combing wool. Falling into a pulley could lead to serious traumas or even loss of a limb.

The origin of this expression goes back to Jean Buridan, a French philosopher of the 14th century. He stated that people’s actions did not much depend on themselves, but were caused by external circumstances. Trying to explain this idea he described a donkey, to the left and to the right of which there were two identical piles. One pile contained hay, and another one contained straw. The donkey couldn`t decide which pile was better and died of starvation.

To decay; to descend to an animal existence; to lose social skills.

Small white loafs of bread in Russia were baked in the shape of a lock with a round arc. Town’s folk often bought those loaves to eat right there in the streets holding them at the arc as if they were handles. But for hygienic reasons they never ate the handle itself and either gave it to the poor, or threw it away to dogs. Describing those who were not fastidious about it they were saying: “reached the handle”.

To have nothing but hair (oprostovolosit’sya)

To fall into an uneasy or even shameful situation.

In Russia walking bareheaded in public places (except for men staying in church) was a shame. One of the most shameful things was when a hat was taken away from someone in public.

Having untidy clothes; being unshaven; having a shabby look.

During the times of Peter I there was an open Yaroslavl linen manufactory owned by the merchant Zatrapeznikov. Silk and woolen tissue produced there could easily compete in their quality with European workshops.

A robe from “zatrapeza” was used by rich people only as a homewear, while the poor put it on when they were going out. “Zatrapeza” look was indicative of a person’s low social status.

This is to describe a person who was brought to power unexpectedly and for a short time.

This expression has Arabic roots and comes from a fairy tale from “A Thousand Nights and a Night” series – “Day Dream or Caliph for a Day”.

It says about a young resident of Bagdad, Abu-Hassan, who did not know he was talking to the caliph Harun-al-Rashid while sharing his cherished dream to become a caliph at least for a day. In order to have fun, Harun-al-Rashid added sleeping pills to Abu-Hassan’s wine and then ordered his servants to carry the young man to the palace and to treat him like a caliph.

The joke was a success. Waking up, Abu-Hassan believed he was a caliph; he enjoyed luxury and started to give orders. At night he again drank some wine with sleeping pills and woke up at home.

To make someone lose the thread of the conversation; to forget about something.

In ancient times mountain Pantelik in Greece was the place for marble quarrying. There were lots of caves, grots, and passageways there, so one could easily get lost.

This is about someone whose sound ideas or warnings are ignored by others.

The origin of this biblical expression goes back to the Burden of Isaiah, Gospel of John. Prophets predicted Coming of the Lord, called the Jewish people to be prepared for that day: to live proper life, to be pious, to pay special attention to evangelical preaching. But the Jewish people did not follow their advice and crucified Christ.

To dig a talent into the soil (zaryt’ talant v zemlyu)

Means “not to use and not to develop capacities God gave us”.

Again, this refers to the Bible. A “talent” originally meant a large monetary unit in ancient Greece, Babylon, Persia and other regions of minor Asia.

An evangelical story relates that one of the servants got money from his owner and dug it into the soil as he was afraid to invest that coin into something that could either bring profit or loss. When the owner returned, his servant gave a “talent” back to him and was punished for wasted time and the lack of profit it might have brought.

Made someone really angry.

This one goes back to smithcraft. When a piece of metal is heated during hammer-work, it starts to shine differently depending on the temperature; first, it gets red, then yellow, and finally, crystal white. With even higher temperature metal will liquefy and boil.

Nowadays this expression is used when one finally gets rid of a guest or a visitor who’s been a nuisance. But in the past the meaning was totally different – to wish someone a safe trip.

One of the poems by Ivan Aksakov depicts a road that was “straight like an arrow, smooth and wide as a tablecloth”. Understanding how large the distance could be, they wished a leaving person a good and easy journey.