Klingon is an artificial language invented by Marc Okrand for the Klingon race from the “Star trek” universe. It has a complex and carefully developed grammar, syntax, an extensive dictionary (more than 2500 words), an elaborate alphabet and phonetics.

The language is especially unique as it develops outside the cinematic universe – there is a special organization in America (The Klingon Language Institute), which is engaged in translating various works of literature into Klingon. There are several textbooks from the above mentioned Institute and even several Wikipedia pages, as well as Google and Mozila pages in this language. In addition, “Star trek” fans often want to learn how to speak like Klingons, thus not letting the Klingon language stop developing.

The linguists who invented this language took the Tibetan script as a basis. The result is sharp letters, rather resembling figures and very similar to each other. In modern reality, those who study Klingon use the regular English alphabet for convenience. Apostrophes, in addition to letters, play an important role in the language. 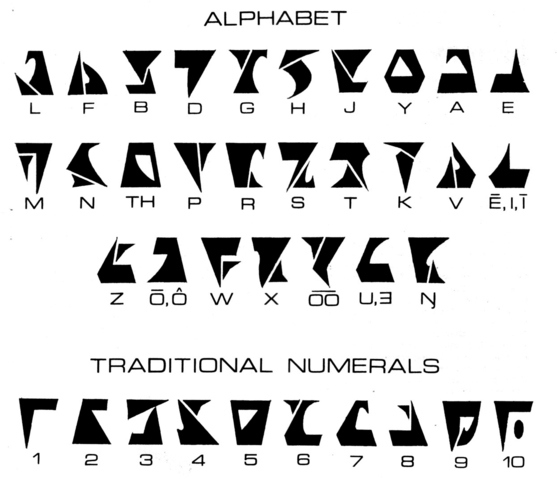 An apostrophe in this language is considered a separate letter. It also performs the function of a soft «ar» sound. For ease of pronouncing, you can imagine that you are sighing softly.

Before learning Klingon, it`s necessary to understand a few features and nuances:

At first glance, it seems that the Klingon script is a simple set of characters without any meaning, but it`s not true. It’s just that this artificial language has its own special characteristics, which you get used to in the process of learning.

Since the language was invented based on «the more unusual for the human ear – the better» principle, it wasn`t planned to further develop the language. But the “Star Trek” fans liked Klingon so much that it has grown from an ordinary artificial language into a full-fledged and quite real one, which is studied by many people in different parts of the world. Phonetics is very unusual for most languages, so it is the pronunciation that most often raises questions.

There are 21 consonants and 5 vowels in this language. Many sounds are pronounced exactly the same as the same sounds of English or Russian, and some are very difficult to pronounce.

It is worth paying attention to the fact that some letters are written with several characters, but are considered to be one in Klingon. Many beginners get confused and read them as two or three different sounds. Therefore, it is very important to practice reading and pronunciation a lot.

How do I learn Klingon?

Since there are only a few dozen people in the world who are fluent in this language, the only available and most convenient way to learn it is the Internet, this site in particular.

Nowadays, you can find many groups dedicated to learning this language in various social networks. More experienced users help newcomers there, some even communicate via video link and help each other in pronunciation.

There are also video tutorials, but most of them are in English. Fortunately, some users have already made Russian subtitles for them, so you can safely use them for your training.

The grammar of the Klingon language is unusual, but not very complex. You will have to try to understand what is written at first, but you can always turn to a translator or dictionary.

I can recommend reading more for practice. Many books have already been translated into Klingon, so you can choose a familiar book and read it in Klingon. This way, it will be easier to remember many words, because you already know what you are reading subconsciously.

For example, just one letter can change the meaning of a word, most often a «a», which «increases» the meaning, is added to one word:

The textbook published by the creators of this artificial language will be a great helper in learning Klingon. It details the entire grammar, syntax, and pronunciation of each letter with examples. In addition, the book contains a dictionary. Unfortunately, the textbook is completely in English, but some users translate some parts of the book, which greatly facilitates the learning process.

Initially, the language was created for the movie «Star Trek», so several basic phrases were written for it. Then they were gradually supplemented by others, even a few curses and insults were invented.

The greeting in the language of the alien race sounds like «nuqneH». At the same time, its meaning can be interpreted as a normal «Hello» or «what do you want?». Do not forget that this is a non-human language, so the logic of the language may not always be clear to us.

To find out if your interlocutor speaks Klingon, use a phrase such as «tlhIngan Hol Dajatlh’a ‘». He will answer you «yes» or «no».

Klingons have two words for agreement: «Hija» and «HISlaH»; if you disagree with the other person, use the word «ghobe».

How can you tell the other person that you understand them? Just one word will be enough:»jIyaj». We add «be» to the end and get «I don’t understand» or «jIyajbe».

The Klingon race has a wrinkled forehead, so a phrase like «Hab SoSlI’ Quch!» is a terrible insult and means «Your mother has a smooth forehead!». Be careful with this sentence, the Klingons may take offense, and this may end badly, because this race is initially aggressive and hostile to other inhabitants of the Universe.

There is one word that is also used to insult someone, and it looks like this: «petaQ». Its meaning is not as offensive as the above-mentioned phrase, the word can be translated as «coward» or someone who does not have enough fortitude.

Thus, we can say that the Klingon language is not easy, especially with regard to the phonetic aspect, but if you really like the Klingons and the “Star trek universe” in general, then nothing is impossible. You can find a lot of different materials on the Internet to learn the language yourself, the main thing is to practice Klingon regularly and the result won`t take long.