Since Roma are a nomadic people, their language has its own characteristics. It is rich in borrowings, not only of European, but also of Asian origin. And it has acquired its present appearance by absorbing the multifaceted history of migration, interaction with different ethnic groups and nationalities. Linguists studying Roma dialects and accents from different historical perspectives group them into several main groups, since there is no single Roma language as such.

The origin of the language

The language of Roma belongs to the Indo-European language family (Indo-Aryan group). In addition to Roma, Indo-Aryan is spoken mostly by people from India, Pakistan and other neighboring countries. This language is the only European and, moreover, a Balkan language, the origin of which is Indian. As a result, its genetic connection with Indian accents (shaurasena apabhransha) is noted. However, due to contacts, the Roma accent acquired a number of typological features of the languages of the so called «Balkan language union». The Pratsygans, having left their ancient Indian homeland, were nomadic, mastering more and more new territories. And their accents, already familiar to us in their modern form, began to form when the Roma settled for a long time in the area of the southeastern part of Europe.

Is the Roma language or group of dialects sufficiently studied? This question can only be answered unambiguously in the negative. Despite the existence of dozens of grammars and dictionaries, the group of dialects of this ethnicity has not been fully studied, compared to other languages. The outstanding Slovene linguist Franz Miklosic was the first to collect the vocabulary and describe the dialects of this colorful nationality. 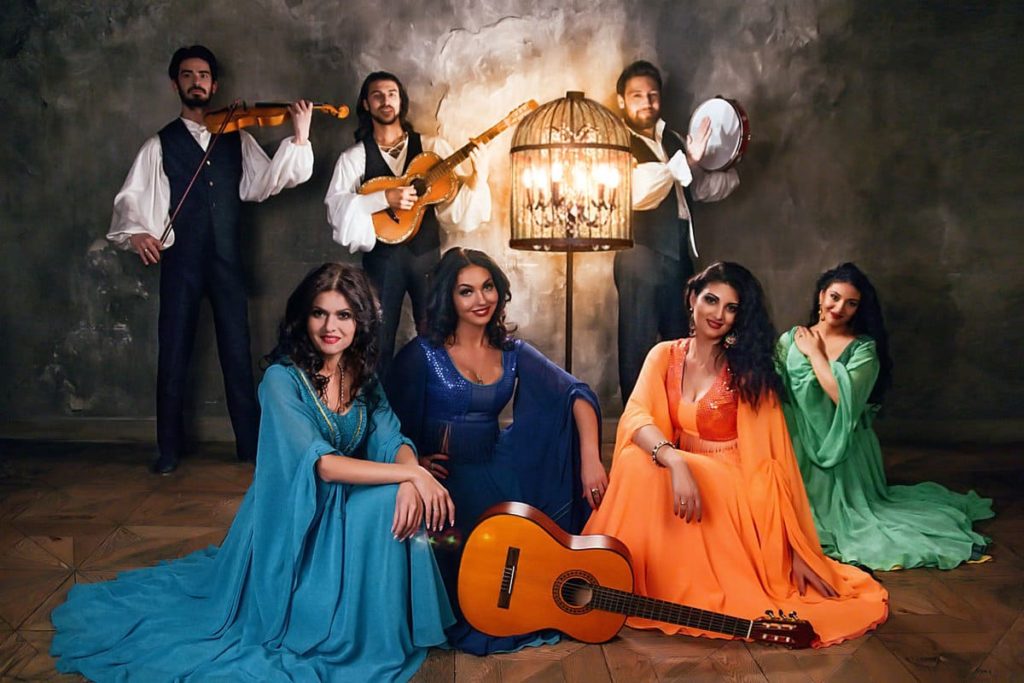 Some of the dialects were recorded on the eve of their extinction, for example the Welsh dialect (described in 1926). The Gurbet gypsy dialect (spoken by the inhabitants of the former Yugoslavia) was extensively dealt with and described in numerous works by Rade Uhlika. The Kăldărăra dialect has several grammars and was described in more detail than other dialects by the linguist Borecki in 1994.

According to the geographical classification (2004) there are 4 main dialects:

1. Balkan (for a long period of time there was a Roma community in the Balkan Islands, after it disintegrated. It is spoken by Roma living in Greece, Turkey, Macedonia, Bulgaria, Kosovo and Albania);
2. Vlasic (covers the territory of modern Romania). It is currently one of the best-studied accents of the nomadic gypsies;
3. Carpathian or central (Czech and Slovak territory, Hungary, Slovenia);
4. The northern includes two subspecies: the northwestern branch of the accents and the northeastern one. The northwestern dialects, such as Manush, were formed and are most widespread in Western Europe and Finland. To the second subspecies belong the gypsy dialects of the Baltic countries and of the northern part of Russia (Russian-Gypsy language).

In addition to these are some isolated accents of the original Gypsies in the lands of Britain, as well as in Spain.

According to another version, modern speakers are classified into three large linguistic branches:

Of these large groups, Romani is the most developed and dialectally diverse. When studying Romani, it is here that linguists see archaisms of the lexicon and morphology of the Indo-Aryan ancient dialect.

In studying the ethnic groups of Roma on the territory of Russia, scholars distinguish representatives of the Northern; Vlach, Balkan (Roma of Crimea), and mixed accents. The mixed ones are so called because they combine features of the central, northern, and Vlach groups.

The living Roma dialects are in the process of extinction at the present stage. After all, the Roma are practically scattered around the world, in different ethnic counties and countries. Their dialects undergo constant change due to the fact that Roma live among other ethnicities and cultures. And gradually Roma traditions, including linguistic tendencies, are distorted and transformed. Young Roma speak to each other, not particularly adhering to the indigenous Romani vocabulary of the older generations. Many borrowed words and phrases appear in different Roma dialects depending on the territory where they live. Therefore, in Roma groups the prestige of the original ancient dialect of their fathers and great-grandfathers falls considerably.