Russian police ranks are conferred sequentially. A police officer should serve a certain fixed term. In Russia, all ranks are divided into first and regular.

Getting a regular title is not so easy. When it is conferred, special attention is paid to the officer’s education. But sometimes, a police officer can be promoted ahead of time, for example, for special service to the country. However, if the officer has served in the previous rank for less than half of the required period, this promotion is postponed.

All Russian police ranks, from cadets to generals of police have their insignia. But how can one determine a police officer’s rank and position? Here is a table: 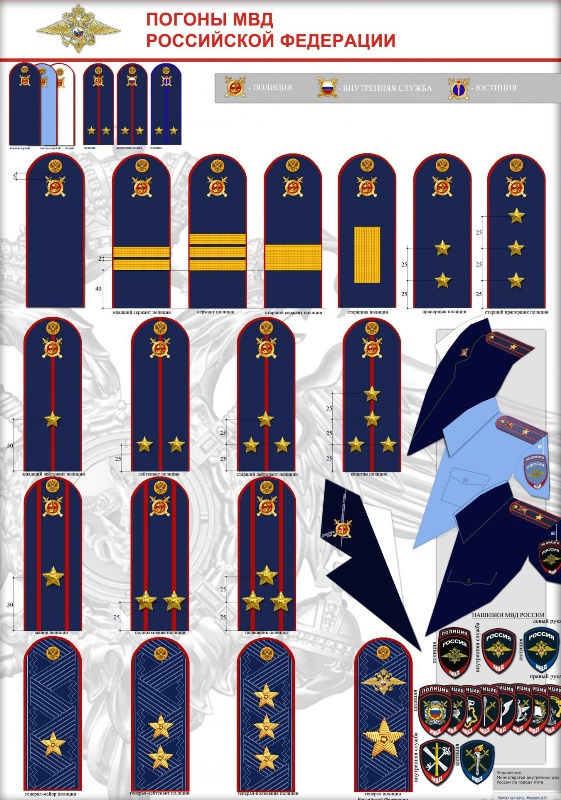 The table below has become a little obsolete and undergone some insignificant changes: there is no «police» emblem near the button, and the first sergeant’s strap has a wide stripe, which is longer than that on the new strap (one can see it on the above photo). The shoulder strap of the general of police has changed its color. Other things are the same. 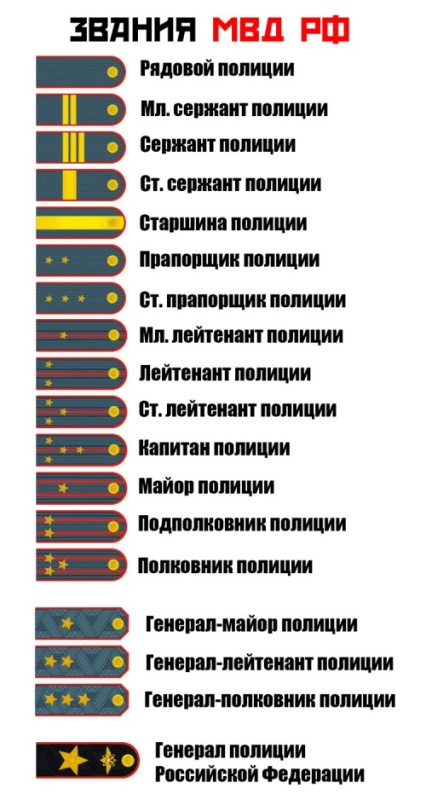 The shoulder straps have distinctive signs: a button and a «police» emblem next to it. Police cadets also have a letter K.

There are two red vertical stripes and big stars along their shoulder straps. One star in the middle inside the stripes indicates a major. Two stars located on the stripes means a lieutenant colonel. Three stars, two on the stripes and one between them, are a sign of a colonel.

The stars are big without any stripes. They are arranged vertically. A major general has one star, a lieutenant general has two stars, and a colonel general has three stars. One bigger star with a large Russian coat of arms belongs to a general of police.

Russian police ranks are conferred after a certain period of service.

Colonels and generals are promoted only for special merit and service to their country. This rule does not apply to the highest rank, general of police.