Here you can learn the alphabet of the modern Russian language and listen to all the letters online. This way you will not only be able to learn the Russian alphabet, but also set the correct pronunciation. Everything available here is perfect for both children and adults.

The illustration below shows all the uppercase letters of the Russian alphabet: 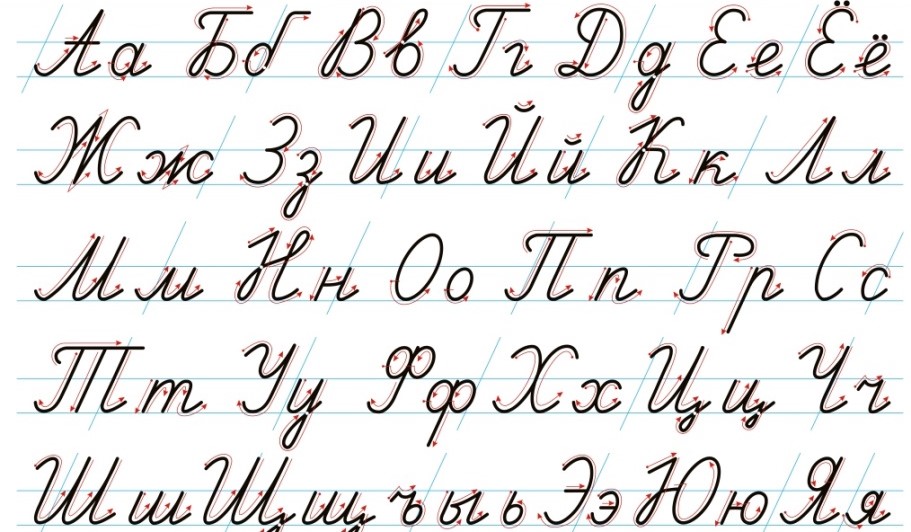 Attention! If you came here for audio files of the letters of the Russian alphabet, they are located at the bottom of the page.

All letters of the Russian alphabet

The Russian alphabet belongs to the Cyrillic alphabets and currently includes 33 letters.

In modern Russian spelling, «Ъ» is used only as a separator between a consonant and a vowel. Most often it is used at the junction of a prefix and a root: “объявление”, “подъезд”, “панъевропейский”, “трансъямальский”, including historical prefixes of modern Russian language agglutinated with roots in some borrowed words (“адъютант”, “инъекция”, “фельдъегерь”), or two adjacent full (not abbreviated (!)) stems in compound words (“трёхъярусный”) before the iotated letters е, ё, ю, я and means their iotated (“separate”) pronunciation without softening the preceding consonant. A rare case of «Ъ» usage in the middle of a root, where there is no historical prefix, is the word “изъян”. «Ъ» can appear before other vowels only in the transcription of foreign names and titles: “Чанъань”, “Дзюнъитиро” and such.

«Ь» is used to indicate the softness of consonants and sometimes acts as a separator.

Also, the letters are usually divided into printed and uppercase ones. Their appearance is quite different from each other.

All letters of the Russian alphabet are presented in a graphic form with their transcription and audio pronunciation. All audio files are uploaded in mp3 format and you can comfortably listen to them online. The letters are arranged in order. The digitization quality is high.