State-of-the-art, sophisticated, powerful — according to Sergei Shoigu, the Minister of Defence, the Russian Navy is able to meet all the challenges of this century. 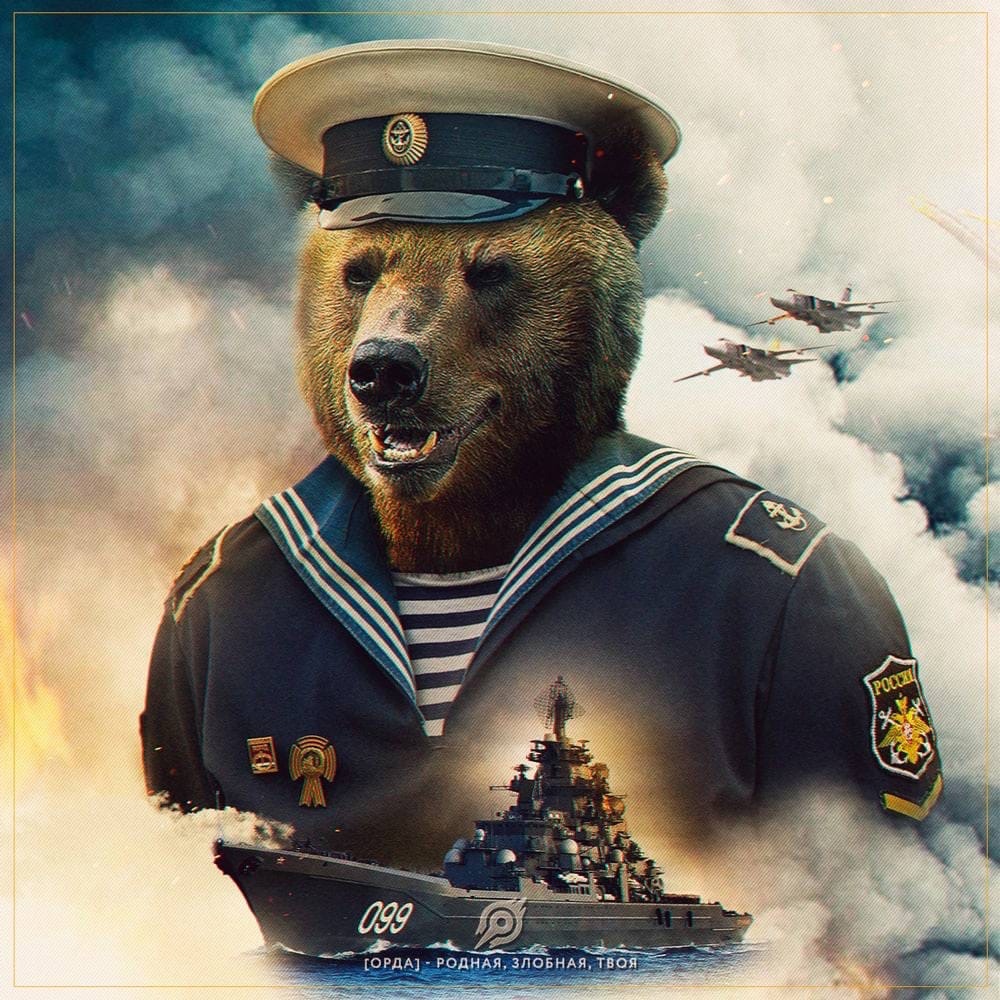 The Project 22350 Admiral Gorshkov-class blue water lead frigate was assigned to the Northern Fleet in July 2018. Admiral Kasatonov, the second frigate of this type, is already at trial and will be assigned to the fleet by the end of the year.

These frigates with a full load displacement of 5400 tons are considered the most technologically advanced ones in the Russian Navy. Almost all the naval innovations — from radio and electronic equipment to anti-aircraft missile systems — underwent trials on the lead ship. 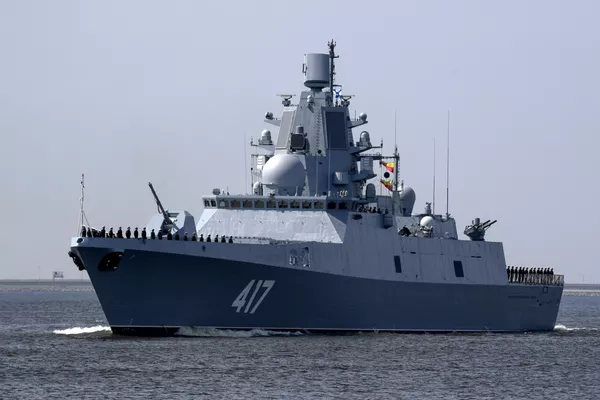 The striking power of the frigate is ensured by 16-cell Vertical Launch System Kalibr cruise missiles. The air defence of the vessels is represented by Poliment-Redut air defence missile systems, that were developed for the new projects Russian pendants, as well as by two Palash CIWS.

130-mm multi-purpose shipboard artillery system А-192 with a firing rate of 30 shots per minute can hit the target at a distance of up to 23 km. The vessel is equipped with 4 Paket-A anti-submarine torpedo systems taken on board in 2008.

All the control systems are digital. In fact, these vessels are floating computers that can perform a variety of tasks without human interference. The new onboard information and control system interconnects the equipment in a centralized management system, while the radio-electronic system for tracking aerial and surface targets allows the crews to detect the enemy at a considerable distance.

As for the speed, the maximum speed of the frigates is 30 kt and the sea endurance is about a month. Now four vessels of that type are under construction. Besides an  upgraded project 22350М is under development. The full tonnage of the upgraded frigates will grow to 7 thousand tons. The Navy plans to take the lead ship into service in seven years.

The first Project 11356 Admiral Grigorovich Class frigate was assigned to the Black sea fleet in March 2016. There are two more frigates of that type, Admiral Essen and Admiral Makarov, in Sebastopol. They are designed for military operations against aerial and surface targets as well as against submarines, for defeating aerial attacks alone or within units and for ground attacks. 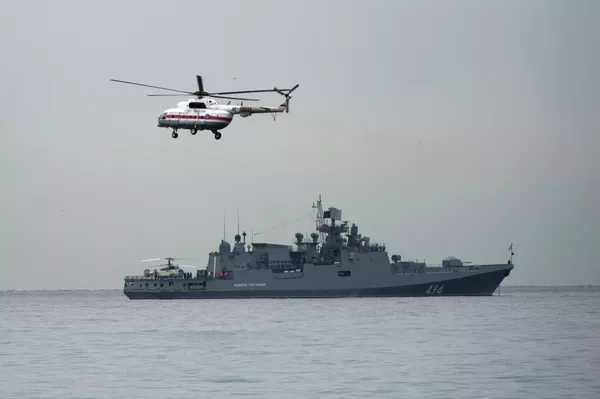 Each frigate is armed with eight ZS-14 universal launchers that make it possible to use the Kalibr NK or Oniks cruise missiles. For close battles of short duration, the ships are equipped with a 100 mm multi-purpose shipboard artillery system that can hit the target at a distance of up to 21 km.

To fight submarines the frigates are equipped with an RBU-6000 reaction engine-bomb installation with twelve launch barrels and 4 × 533 mm torpedo tubes. The air defence of the vessels is ensured by the Shtil-1 air defence missile system with a shooting distance of up to 50 km. The task of close air defence is solved by two AK-630 six-barreled close-in weapon systems.

A solid arsenal of weapons is controlled by a Puma fire-control system that ensures a target long-range search, lock-in and tracking. The frigates are fully automated. Each frigate is equipped with a modern Trebovanie-M complex that itself processes information received from vessels and sends it to a man. The full load displacement of Admiral class frigates is 4035 tons each, their maximum speed is 30 kt and the sea endurance is about a month.

At the moment the fleet has six 20380 project corvettes that came into commission in the period from 2008 to 2018. They are multiple purpose action pendants for operation in the near-sea zone. They are intended for missions such as patrolling coastal waters, anti-surface warfare, anti-submarine warfare and anti-air warfare.

The main equipment of the corvettes is eight launchers of Kh-35 Uran-U anti-ship missiles that were commissioned in 2003. 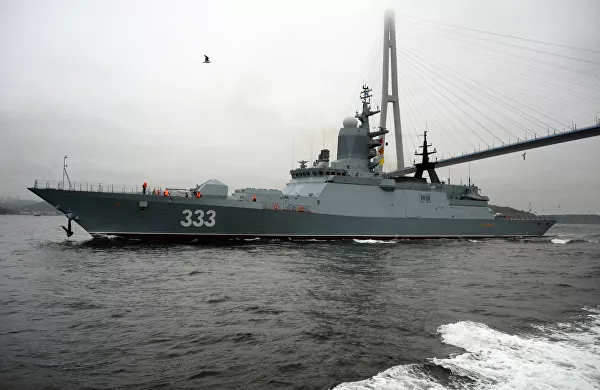 By the way, the Project 20385 upgraded corvettes will be armed with Kalibr cruise missiles instead of Urans. For self-defence and anti-surface warfare, the Redut air defence missile system with a shooting distance of up to 150 km is provided. The artillery is represented by 100 mm А-190 shipboard artillery systems, and the anti-submarine warfare is represented by 4 × 330 mm torpedo tubes.

Besides, each vessel is equipped with state-of-the-art radio-electronic weapons, and satellite communications systems and can take a Ka-27 multiple purpose helicopter on board. The design incorporates stealth technology that reduces the corvette radar signatures. The full load displacement of the corvette is 2220 tons each, its maximum speed is 27 kt and the number of autonomy days can reach 15. 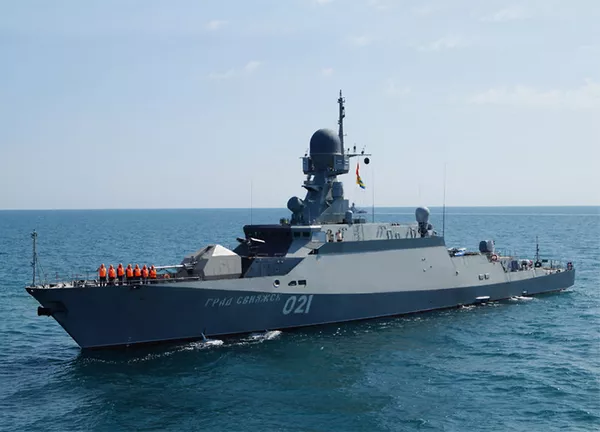 Despite its moderate load displacement of 950 tons, the small-size missile ship is already known as a serious attack weapon: each carries eight launchers for the use of the Kalibr NK cruise missiles. During the campaign in Syria, the small-size missile ships struck many times terrorist targets that were at a considerable distance. Besides each ship is equipped with a 100 mm shipboard artillery system and an AK-630М-2 air defence artillery system.

Among the Buyan weaknesses, the experts mention its insufficient navigability as the ships cannot be used as intended in a storm above 5 points.

Project 22800 Karakurt-Class Corvettes are more suitable for use in the blue water, two representatives of this class joined the Baltic fleet, and 14 more are under construction. The main equipment of Karakurt is Kalibr cruise missiles. 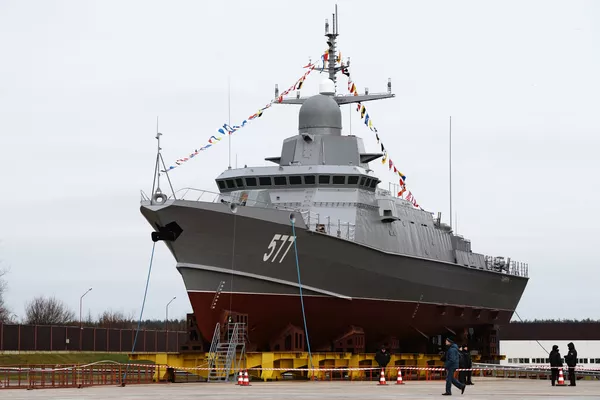