On the night of January 6 to 7, the sacred time begins for every Orthodox Christian. The good news was given to mankind as a reason for joy and good deeds – the Savior, the son of God, was born! In honor of this, bells ring, festive services are held, and generous tables are laid. And this joy will continue throughout the entire Yule week, until the Baptisms of the Lord – on January 19.

The history of Christmas in Russia

Christmas began to be celebrated in Russia after the 10th century when Prince Vladimir baptized Russia. In the ranking of Christian holidays, Christmas takes the second place in importance, immediately after Easter.

Fact: The Christian Church borrowed the day to celebrate Christmas from the pagan sun-worshippers. On December 25, according to the new calendar style, or on January 7, according to the old one, the day winter solstice falls, when our ancestors celebrated the birth of the solar luminary.

By the end of the 19th century, Christmas in the Russian Empire moved from the narrow framework of a religious holiday to the plane of a secular celebration. Everywhere they began to dress up Christmas trees, exchange gifts, arrange charity balls. 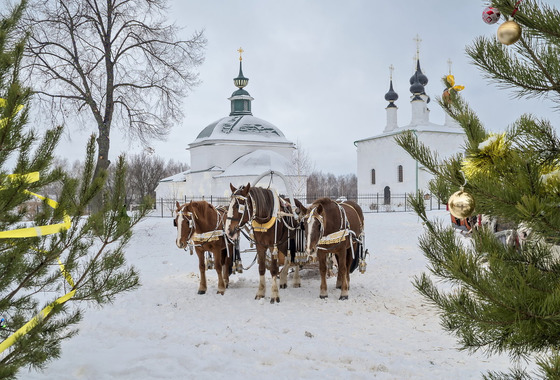 With the coming to power of the Bolsheviks, Christmas, as a religious holiday, was banned, along with Christmas trees. In the 30-s years of the 20th century, the Christmas trees were returned, but they lost the status of Christmas trees, turning into a new-year. And Santa Claus brought gifts to Soviet children exclusively on New Year’s Eve.

And even when Russian orthodox Christmas became an official holiday in 1991, its paraphernalia in the form of decorated fir trees, as well as a donations gifts ritual, did not return to it. They have already firmly fused together in the minds of millions of Russians with the New Year and have remained with it.

During the years of Soviet atheism, many ancient folk customs of Christmas were forgotten and abandoned.

The sequence of the Christmas events

It all begins on January 6, on Christmas Eve — the festive gate in Christmas and the sacred Holy Evening, when Orthodox Christians break their fast after the strict Christmas Fast, according to the old custom — of sochivo (hence the name «Christmas Eve«) and of kutya. On this day, believers do not eat until the first star (the prototype of the star of Bethlehem, which showed the way to the Magi to the baby Jesus).

The people had a tradition to bake Christmas figures of animals made of wheat dough. They decorated the windows of the hut and the festive table, sent them as a Christmas gift to relatives and friends. 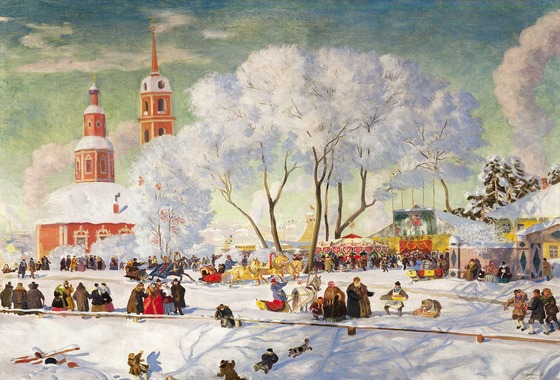 The whole family gathered at the festive table. They tried to make the number of those celebrating, like the number of dishes on the table, 12 — according to the number of the apostles of Christ. The older members of the family recalled the events of the past year. Be sure to try kutya, each with a spoon, and the rest was distributed to the elderly and the poor so that they could join in the Christmas.

In some regions, the table after the end of the meal was not dismantled until the morning of January 7. It was believed that on a holy night, the souls of deceased relatives would come to him to treat themselves.

In the part of the area, the festive table was decorated with a sheaf of wheat or oats – diduh. It was with 4 legs and knots, symbolizing well-being in the new year.

On a note: in some places, the table was sprinkled with hay before Christmas and kept so until the festive dinner. This guaranteed a good harvest in the new year. The Christian church interpreted the ancient pagan custom in its own way, linking the hay on the table with the stable in which Jesus was born.

On the afternoon of January 7, after the festive morning prayers in the church, went to visit, visited relatives, and caroled. 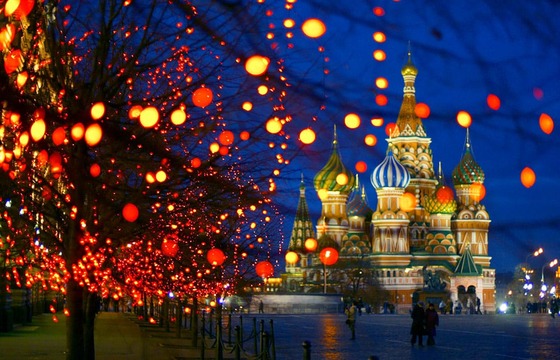 The procession of christ’s carolers was clothed in sheepskin coats, turned out with fur outside and animal masks, in order to hide the face from evil spirits. The head of the procession carried the Star of Bethlehem made of gilded paper. Went around the whole village, the surrounding houses with carols and dances. Residents brought them treats.

Our ancestors believed that at Christmas, the sky opens, and all sorts of evil spirits enter the earth. But at the same time, a favorable time begins for making wishes, good ones, of course. But guessing on Christmas night was forbidden. It was Yule Week for that.

On a note: starting from January 7, and for 40 days, there was a period called «peace», when people are helped in their affairs by angels. Therefore, wake up, can make one wish every day. It will definitely come true!

In some villages, straw was burned at Yule so that dead ancestors could warm themselves by the fire.

The Church did not approve of all these echoes of paganism. And in the Russian Empire, a law was even passed prohibiting idolatrous games on the night of Christmas and at Yule, dressing up in «idolatrous attire» and performing dances in the streets with the singing of «seductive songs».

There are many signs and superstitious prohibitions associated with Christmas. Here are some of them.

But! There is another sign, she’s the same — a tradition. Need to bake a coin in the Christmas pie. The one who gets her will be waiting for a big money wealth.

I wish, let the lucky coin end up in your piece of Christmas pie!