Here you can learn the alphabet of the modern German language and listen to all the letters online. This way you will not only be able to learn the German alphabet, but also set the correct pronunciation. Everything available here is perfect for children and adults.

The illustration below shows all the uppercase letters of the German alphabet: 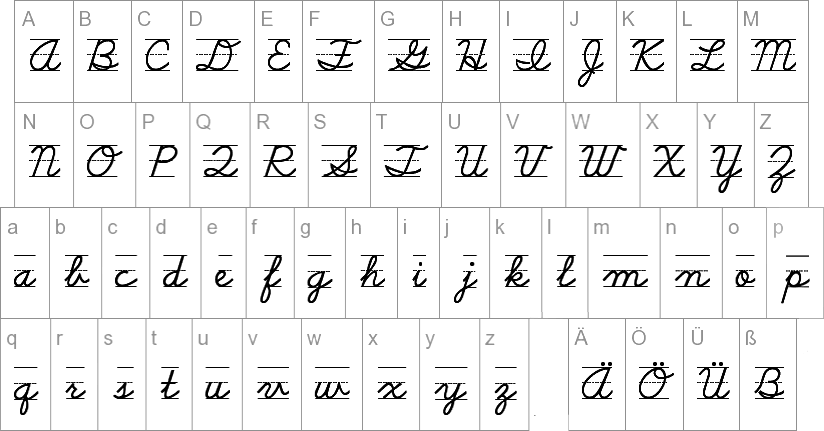 Attention! If you came here for audio files of the letters of the German alphabet, they are located at the bottom of the page.

Remember that sometimes the correct pronunciation of certain combinations of sounds and letters is enough for free communication.

The letter ß represents the combination ss. It is used in Germany and Austria only. It’s common practice to write ss in Liechtenstein and Switzerland. The letter ß can be found in the middle or the end of words containing long or double vowels. It’s never an initial letter.

You will find correct pronunciation and spelling of German letters below. I hope it’s worth spending your time.

How to remember the alphabet

Frankly speaking, there is no practical need to learn the alphabet. Another thing is that by memorizing the letters in an entertaining form, you will learn to read faster because you have already memorized the harmony of how the letter looks and how it is pronounced. It is for this purpose that we offer you one of the many variants of the rhyme-memorizer.

You can create a similar verse for yourself, for example, write the words for each letter in a row and learn the obtained text, or perhaps you can come up with a song: many students find it easier to learn the alphabet with a familiar melody. But the various subtleties of the sound of diphthongs and consonant combinations you can learn only in the process of reading.