All Parts of Speech of the Russian Language 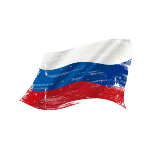 The material was prepared in cooperation with the top-rank teacher Koroshchup Lyubov Aleksandrovna. Work experience as a teacher of Russian language and literature — 30 years.

A noun has notional categories: gender, number, and case. All of them are expressed with the help of declension forms. Beyond that, the noun has the category of animateness/ inanimateness, and there are proper and common nouns.

Typically, a noun functions as a subject and a direct or indirect object in a sentence.

Typically, adjectives perform the function of an agreed attribute or are the nominal part of a compound nominal predicate (predicative).

Cardinal numerals may be integral, fractional, and collective. Numerals can act as different parts of the sentence.

A pronoun is a notional part of speech that does not name objects, features, and quantity but only refers to them.

Pronouns do not have independent features, as they borrow them from the parts of speech they relate to.

Depending on the grammatical features, pronouns perform the same syntactic function as a name that replaces a pronoun in a sentence.

A verb is a content part of speech that denotes an action or state as a process and answers the questions “what to do?” (“что делать?”) and “what will I do?” (“что сделать?”).

A verb has its own grammatical categories: aspect, voice, mood, tense, and person.

A participle is a part of speech that denotes a feature of an object in action.

A participle combines the features of a verb (aspect, voice, transitivity, reflexiveness, and tense) and an adjective (questions “what?” (“какой?”, “какая?”, etc.), as well as gender, number, and case).

Participles may be active and passive. Beyond that, there are present and past participles.

The adverbial participle (converb) is a part of speech that denotes an additive action.

The adverbial participle combines the features of a verb (aspect, voice, transitivity, reflexiveness) and adverbs (immutability).

The converb often acts as an adverbial modifier.

Some linguists believe that the participle and converbs are notional parts of speech; others think these are verb forms.

A preposition is a functional part of speech that serves to express the relationship between words that depend on each other.

A conjunction is a functional part of speech that serves to connect homogeneous parts or simple sentences in a complex one. All conjunctions are divided into coordinating and subordinating. Conjunctions may be simple (consist of one word) and complex (consist of two or more words).

A particle is a functional part of speech that brings various shades of meaning in sentences and acts as a tool for word formation. All particles are divided into modal (express feelings), negative (express negation), and formative (serve to create verb forms).

Functional parts of speech cannot transform. Beyond that, they are not parts of the sentence.

What have we learned?